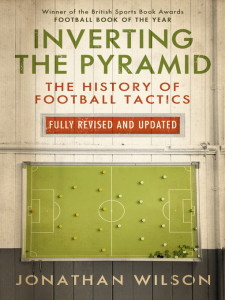 On December 5, the final FSF event of 2013 featured  Jonathan Wilson, journalist, author, and founding editor of The Blizzard, a symbol of independent fútbol writing in a digital age. Wilson fielded questions from an international audience from five continents as part of a 90-minute conversation that can be described as a blend of English pragmatism and fútbol romantico.

The discussion pivoted around the notion that there is a growing English-speaking audience for longer-form writing about the game that goes beyond mixed-zone clichès, diatribes about managers, questionable refereeing decisions, and other narrow, shallow concerns of so much contemporary sport journalism. The challenges and opportunities of publishing in print and digital formats sparked debate, as did the evolving relationship between the futbology work of reporters and academics.