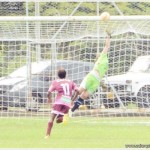 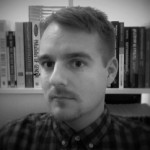 Argentina is a powerhouse of international football, winning the World Cup twice and the Copa América fourteen times while producing some of history’s greatest football talents, including Diego Maradona and Leonel Messi; the women’s side, however, has never even managed a point in World Cup competition and has failed to qualify for the last two Women’s World Cups in 2011 and 2015. Though women’s soccer has grown rapidly around the globe with new contenders appearing, such as 2011 champions and 2015 runners-up Japan, Argentina and most of South America remain behind. In order to understand this disparity, my research will consider women’s participation in Argentine football culture through an ethnographic analysis of the Argentine Football Association’s Women’s League and the competing clubs, the highest level of women’s football in the country. Players, coaches, and administrators will be interviewed from AFA and from a diverse range of clubs, including Buenos Aires’s largest and most illustrious clubs, clubes de barrio (neighborhood clubs), and even universities. I will also examine how the effects of “machismo” and traditional gender stereotypes have affected women’s participation in sports in a variety of roles including as players, coaches, administrators, and spectators. My project will serve as a localized investigation to consider what motivates Argentine female players to adhere to their sport, what motivates an Argentine football club to maintain a women’s program, and why there is such a difference with men’s football in the country.
“Masculinities, Violence and Politics in the Ultra Football Fan Subculture in Germany: Between Radicalism, Civic Engagement and ‘Apolitical’ Politics,” by Markus Gerke

Through chants, songs and visual tifo choreographies, as well as through the use of pyrotechnics and physical altercations, Ultras have become the most (in)famous football fans in Germany today. Beyond engaging in stereotypical fan behaviors, however, Ultra groups have started to engage in ‘football politics.’ They have protested against perceived police brutality, have engaged in lobbying and have boycotted games. At times, they have even formed coalitions with rival supporters to assert their interests as fans, as exemplified by a 2012 campaign against new security guidelines. Moreover, different Ultra groups are engaging in both left-wing and right-wing politics. For instance, various Ultra groups have been involved in protests against the deportation of refugees, while in October 2014, more than 3,000 right-wing Ultras and Hooligans from across Germany organized an anti-Muslim rally. As a result of these frictions, local fan scenes experience open conflicts rooted in ideological differences. In the cities of Aachen, Braunschweig and Duisburg, for example, anti-racist Ultra groups were physically attacked by neo-fascist fans of the same team in the past years.

While a growing number of researchers has started to investigate the Ultras as a novel youth culture, few have focused on the role of political activism and ideologies. Yet, without an in-depth analysis of the role of politics within the Ultra subculture, we fail to understand Ultra groups as political actors and risk falling back into viewing their members through a conceptual framework of deviance only.

My research takes Ultra groups seriously as spaces of political socialization and activism of (primarily male) youths and young adults. I examine what role political activism and political ideologies play among members of the Ultra subculture. Does political activism and civic engagement of Ultras stop with football politics, or are these fans being drawn towards activism in other arenas of their lives as well? Moreover, I am exploring whether and how these fans are being politically socialized within Ultra groups into broader political traditions and ideologies. What makes these Ultra groups receptive to humanistic or racist ideologies? Lastly, given the predominance of men in the Ultra subculture, I am asking how conceptions of gender play into the Ultras’ political ideologies.

To answer these questions, I will conduct ethnographic fieldwork among the Ultra subculture in Germany. Spending six months each with two contrasting Ultra groups, I will observe and participate in their activities inside and outside the stadium, formally interview group members, analyze documents (such as internet message boards, fanzines, and media coverage), and witness first-hand their political activism and interaction with ‘their’ football club. I anticipate my research to not only contribute to the sociological literatures on sports, fandom, culture, social movements and masculinities but to also provide valuable insights for social workers and educators who engage football supporters.”